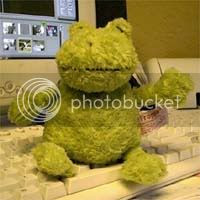 One of the things that has never really made sense to me, is how local folks complain about how there is "nothing to do" here, when in reality, there is lots of stuff to do.

Louisville is an easy drive to many state parks in both Kentucky and Indiana, including caves, u-pick fruit and vegetable farms, and wineries.

The city is large enough to support many different kinds of cuisines, music, and arts, and it's really darn cheap to own a house here.

There are lots of things that could be improved, but nowhere is perfect, and I am very happy I live in Loouhvul. ;~}

Drive up into the Indiana wine country and experience some really beautiful scenery and a tasting...

Drive across the river to Indiana and spend a day in the caves...

There are many in Kentucky and Indiana.

This is just one that has an old-time pioneer style theme with a great cave tour...

Don't stop there! Those are just two really cool places I can recommend.

The 8664 movement seems to be gaining ground here in Loouhvul, and as much as I embrace fresh ways of looking at things, I really can't say I buy into the "remove I-64 Downtown" argument. The key ingredient in the debate is the re-design of what folks here call "spaghetti junction"... a labyrinthic maze of interstate highways that lead north, south, east, west, and sometimes places in between. You should look at the 8664 plan, and then think about how it will affect rush hour.

*After some mulling over, I wrote a letter of opinion to the Louisville Eccentric Observer, and it was published in the editorial(Erosia) section of the issue of October 4th, 2006. Below, is the text of my letter...

I've been reading about the 8664 campaign for several months, and I don't doubt the sincerity of the people involved. The riverfront has come a long way in the last couple of decades, and the notion of erasing the ugly interstate is compelling and romantic. I have to offer an alternative viewpoint on the matter, though, and that is one that doesn't involve traffic studies or measurements of lanes.

That elevated maze of roads along the Waterfront is one of the best places to see the beautiful development that is taking place along the river. One may say that removing the interstate tangle will improve the aesthetics, and that is true from a bird's eye view in a photograph, but the reality at ground level is those highways aren't as impressive. When you walk or bike down to Waterfront Park, and throw a frisbee or watch a concert, do the interstates really make that much of a negative impact on your experience?

An East-West interstate traveler new to Louisville, has a special view of the surroundings. If the 8664 idea is implemented, eliminating the downtown waterfront expressway, that would divert interstate traffic away from the downtown area, effectively bypassing what is our most visible asset. There may be better ways to show out-of-towners what Louisville has to offer, but the thirty second drive-by is priceless.

Well, if you're reading this, you probably know that gas prices in the U.S. have gone through the roof, and people are leaving their S.U.V.'s at home and using mass transit, bicycles, and even walking, as their modes of transportation these days.

Nope, that hasn't happened, and sales of big gas guzzling vehicles continue despite the irrefutable evidence that one day we will run out of oil. The first inkling of this that I remember, was in the seventies, during an oil embargo that many of the S.U.V. crowd regard as ancient history. But, history has a habit of repeating itself, and now the oily snake of truth has reared it's ugly head again. Maybe this time we'll listen. I doubt it. What will it take? $10 a gallon gas?

The Jimmy Carter Administration tried to move forward the metric system in the U.S., and that was nixed once the charismatic Ronald Reagan took office. I just wonder if we'd be in the sinking oily boat we're in now if Carter had been re-elected in 1980?

This really isn't about politics. It's about common sense. There are alternatives to oil for fuel, and we've collectively decided not to use them. Again I ask, what will it take? I was always a procrastinator in school, and that style means that other folks pass you by. The irony of this all is that many of the folks who are the most driven(pardon the pun) seem the most insensitive to the energy crisis that has been looming for years, and are letting other countries pioneer and harness renewable energy sources.

Keep driving the "dinosaur" into the ground. In a few million years or so, we'll all be fossil fuel.

If you happened to stumble upon this little webpage of mine, be happy, and don't worry. This is the cool zone;~}

--There are so many negative frustration-venting style online rants out there in cyberspace. --Why would anyone other than the author want to indulge in that sort of thing?

The web log has seemed to become a place for people to expound and pontificate in a semi-anonymous way for a world audience. I suppose that can be more cathartic and more environmentally friendly than kicking a tree, so I'm not complaining about the mad bloggers. That's just not my thing, so surf these pages and relax. I have an internet account for Googling and keeping up with friends, and occasionally meeting new ones, sharing some stuff that interests me via this site. Have fun, and close the door gently.

There's some new stuff on the sidebar of my blog, in the bunny and turtle and Halloween sections, plus a few new pictures scattered around in other areas, so explore!

I took the picture below, while cruisin' on the Belle of Louisville this past summer. 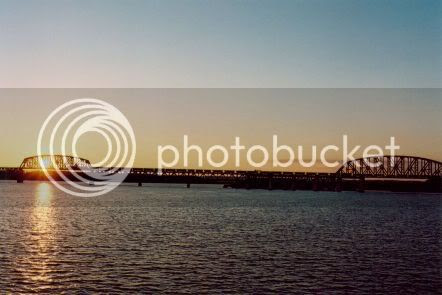 Over to the right, under "Gordon's Gallery", you'll find a link to Jill's pictures-- an area still under development. Currently, her Derby Balloon Glow photos are what you'll see first. Scroll down the page, for links to her Waverly Hills pictures, and our Kentucky State Fair cake. More to come!

Waverly Hills is the name of an old sanatorium(sanitarium?) here, in Louisville. It was a convalescent facility for tuberculosis patients in the first half of the twentieth century. My mom remembers singing Christmas carols there with her school group. --They were not allowed to interact with the patients, for fear of the contagiousness of the disease, so the kids were rounded up into a "clean" room to sing into a Public Address system, that filled the halls of Waverly.

These are a few good links to the history of Waverly...

Yet another history link for Waverly

I visited Waverly recently, and a few pictures that I took are posted in the link below...

I graduated from U of L, back in 1990, and that was probably the swan song year for the Denny Crum
era. Coach Rick Pitino has elevated the sport of basketball, which U of L has been known for, as far back as I can remember, to the level of competition that inspires the local powers that be to ponder a new facility for the madness. Freedom Hall has been a good place for U of L to call home for 50 years, and I really don't think a new place would be worth the money, but there is much debate about it...

U of L's proposal